If you're reading this, you probably know me. If not, poke around and maybe you'll learn something.

When you work in IT, your daily job is using your experience and skill with technology to solve problems facing the business. Not surprisingly, in the weeks following my departure from my previous employer, it has been a little tough to no longer thinkÂ about the projects and challenges I had been facing for weeks or months (or even years). Don’t fret, I hardly loose any sleep over things any more as I spend my days with my family. That’s been a total plus of my present situation.

As I interview with companies and discuss the variousÂ challenges they face,Â I find myself contemplatingÂ how I would go aboutÂ addressing them. Some are quite familiar while others are unlike anything I’ve facedÂ before. Which challenges will I ultimately be called on to address? Only time will tell.

That is how long I worked for my now previous employeer. Yesterday, I was included in a round of layoffs that hit my organization. That is quite a long run and I am thankful for the many opportunities I had and the numerous people I was fortunate to work with. Honestly, we accomplished some great things:

In large and, more likely, small ways I strived to make a difference and am proud of my legacy there. I wish those that remain well. It is a great group of people that are smart and very resourceful. I hope to work with them again.

It is challenging as this is the first time in my entire career that I don’t know what’s next. That’s ok. I’ll be working again soon. In the meantime, I’ll enjoy the time with my family.

WhileÂ continuing the relaxing break from work on this last day of 2014, we woke up to a dusting of snow at the house. Around town was much the same with up to 8-10″. Oh yeah, we live in Southern California at about 1,000 ft. elevation; Rare, indeed. It last snowed about 10 years ago but melted just about as soon as it hit the ground. This time, it closed down roads and even the freeway. 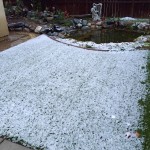 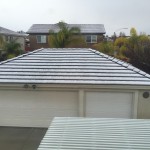 Dusting on the garage 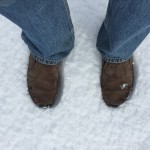 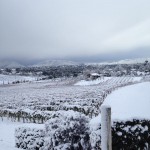 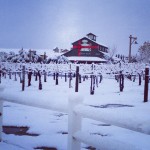 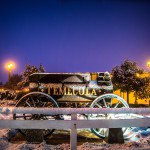 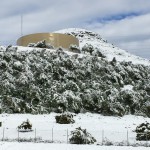 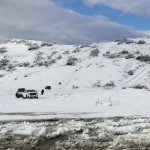 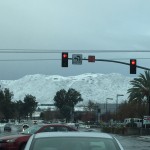 I previously wrote about how I use an Automatic Link with my car. While it has been an interestingÂ and useful device, it’s been exceptionally hard to get a perfect score for an entire week.Â I’ve gotten pretty comfortable consistently driving under 70 mph, but driving in traffic, it is exceptionally hard to not get ‘dinged’ for hard breaking.

After over a year of trying, I finally got a full week of driving with no events, exceptions, or gaps.Â Now that I’ve got that out of the way, I don’t have to get annoyed whenever a little thing causes a blemish on my score.

I wonder if I should see how low a score I canÂ get? I was able to visit E3 yesterday in Los Angeles.Â As expected, there were plentyÂ of games and even more people. Interestingly, the two games I’m most interested in weren’t playable or even present (on the floor, at least). I’ll just have to be

This is anÂ amazing looking game made up of a team of four.Â It’s procedurally-generated world and universe that will encourage exploration. I’m up for that.

I really liked the original and it went years with only rumors of a sequel. Last year they announced development and this year gave a little more information, but it clearly has some time to bakeÂ still since EA wasn’t showing it in their booth.

Neither has a release date, though, so I’m not expecting either until late this year, at best.

This week, San Diego suffered through far too many fires. Fortunately, neither my house or work were directly at risk. Not surprisingly, however, the air quality was quite poor. It was so bad on Thursday evening that facilities and senior management decided to shut down non-essential HVAC units which required the closure of our office for Friday.

There are advantages working in a high-tech industry like video games. One of them is that most of the work is on the computer and, as such, work can be performed almost anywhere. So, when the notification went out Thursday night that the office would be closed and that people should work remotely, if possible, I wasn’t concerned.

The next morning, I got a call from one of my guys that the VPN service (that we’re responsible for) had hit its 100 simultaneous user limit. We’ve never hit that limit before, but this was far from a normal situation.

I’m happy to say that after working with our reseller (CDW) and the vendor (Juniper Networks) they gladly provided a very generous license good for two months while we work out a more permanent solution. Support like this is exactly what one needs when the time comes. They both came through and that counts for a lot.

With the fires brought under control over the weekend, it’ll be work as usual tomorrow. Now to start a purchase for additional licenses…

IÂ got an early Automatic Link by Automatic late last year. It’s a very interesting device to track how you’re driving with the ultimate goal to improve your gas milage. To further encourage good habits, it maintains a score of how the week has gone. After many very close weeks, I recently managed a full 100% score: Well, almost perfect. I did have one hard break and less than a minute of going over 70 MPHâ€“I’ll work on that. Considering my car is only supposed to get 29/37 mpg, a 43.7 mpg average over 740 miles is quite impressive. Driving like this has certainly paid for the device!

Whenever I need to remember something for a short period of time, I’ll move my wedding ring from my left hand to my right one. Since it feels so strange, it encourages me act on whatever it is as soon as possible. As a result, I have a few ‘rules’ that I utilize:

So, when you see me move my ring from one hand to the other, you don’t have to wonder.

I received in the mail yesterday a most interesting package. It was a collection of items from MINI USA as a result of me recently joining the family of MINI owners. It was unexpected as I certainly don’t recall asking for any sort of gift.

It is certainly a nice touch and makes me appreciate the company more than I already did. 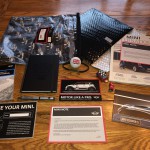 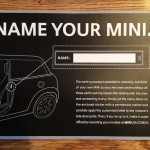 I hadn’t considered a nameâ€¦ 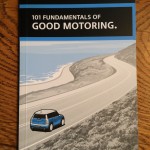 There’s always something to learn 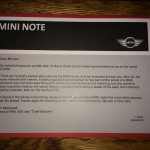 No, thank you, Jim 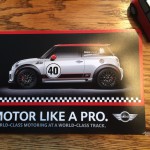 MINI driving school. THAT would be a blast! 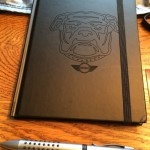 I’ll keep this in the car 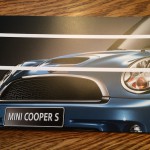 This was just about financing 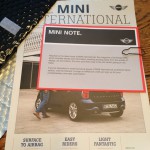 Haven’t flipped through it yet 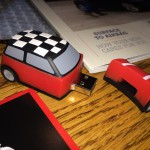 Only 1G, but certainly cute 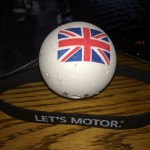 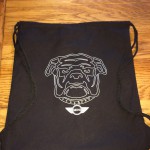 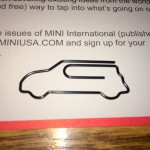