I finally got around to archiving some old Iomega Zip and Jaz cartridges before the media they’re on goes bad or, more likely, I can no longer get the drives to function on a working system.

While digging through the disks, I ran across the following commercial from when I worked at EntryPoint (before RedZone/Sony). I was involved (off-screen) in the production which was done at a church in Santa Barbara. It was an interesting experience that went all day and into the night before wrapping. If I’m not mistaken it was made in spring of 2000 or perhaps a bit earlier (late 1999).

EntryPoint never really took off and I left for RedZone when they got within 90 days of insolvency later that year.

I’ve been a CrashPlan user for years and do recommend them. This is an interesting graphic that they produced regarding media reliability. I tend to roll my eyes when “Cloud” is mentioned and doubt that even Code 42 will be around “100+ years” from now, but the most interesting is the fact that media generally can’t be trusted. Do backups, often, and in multiple combinations. Sound familiar?

My family and I had the opportunity to go see Behind the Myths tour staring Adam Savage and Jamie Hyneman two weeks ago. The best way to describe the experience is as “the world’s best school assembly.” They spent time doing some Q&A, explanation on how the show started, their own backgrounds, and general insight as to how they approach the show and the myths they examine.

A big intent of the show is to help people consider and examine the world around them. It was a very fun evening and I’m looking forward to seeing their companion show MythBusters: The Explosive Exhibition when (if) it comes within driving distance. 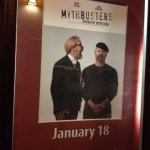 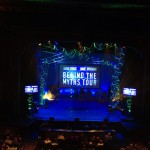 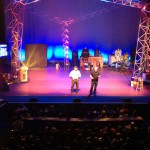 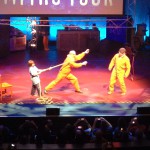 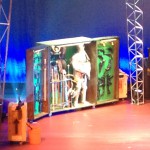 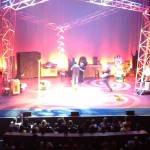 I got the iCade on Monday and loaded up my iPad will all the ROMs I have and set it up at work. Not everyone has wandered by, yet, but those that have seen it have be having a fun time playing some of the old classics.

I’ll probably bring it back home over the three-day weekend since I haven’t had much time to play with it, myself. ;-) I’ve been a gamer from the beginning. Good or bad, I’m old enough to have lived through the golden age of video games during my formative years. It was a great way to spend far too much money (and kept me off the streets). Yes, I work in the video game industry (coincidence?), but I believe that some of the most creative games were created ‘back in the day’ due to the fact there were so few rules and genres to be hampered by.

The golden age is coming back for me due to some fortunate recent events. First, iMAME, a version of MAME (an arcade emulator), was released for the iPad a week ago which only lasted for a day before being pulled by Apple in the App Store (presumably for copyright concerns). I was able to get a copy prior to it disappearing. Second, I just submitted an order for a half-price ION Audio iCade which is supported by many games on the iPad, including iMAME.

I’m looking forward to giving some of my favorite games a spin.

A ran across this on Twitter and thought it was too funny: I have been a geek pretty much my entire life. I am a geek both at work and at home and am comfortable and, in fact, proud of it. Some examples:

That last one is where this confession is related to.

I have one confession that I fear will lower my geek cred with all that know me:

There, I said it. At Maker Faire, we watched a talk by Adam Savage from MythBusters and at the end, he was coaxed into performing an über-geeky, go-go dance to the Dr. Who theme with ArcAttack! It was a lot of fun but it reminded me of this significant lapse in my geek development.

I know that the show is where the Tardis, Daleks, and the Sonic Screwdriver comes from. I just don’t really know what they are. I’d like to rectify that. The question is how does one start? The original series? The new one? Please comment below and help straighten me out.

This week my boss heads to London for a meeting of the combined IT groups from the three primary PlayStation divisions. It’s the same trip I went to last year that resulted in my extended stay. This time, however, I am unable to go as I had already made plans to attend Maker Faire with my family.

While thinking about that trip, I realized that while I don’t travel too often, I have had the opportunity through work to visit quite a few ‘motherships.’ Since I’m a geek by profession, they’re ones most people wouldn’t care about but some might find the list interesting:

I have a love/hate relationship with traveling. I like the experience, but can’t say that I wish to do more. I can’t think of any upcoming additions to the list but who knows what the future has in store.

While I’ve be using this Internet thing for many (many) years, I never really got into the whole IRC chat. When I transferred into the IT group almost six years ago, I was introduced into the internal IRC server that they used regularly.

For the unfamiliar, IRC is a chat server and protocol developed in 1988 that enables standard text chat rooms. It’s nothing special but utility items rarely are. It’s how you use it that makes it work.

Did You Know? Our original IRC service we hosted was on a racked-up PlayStation 2 in one of our data centers?

Six years ago, the IT group I joined was relatively small and we were all in the same hallway. As a result, coordinating and collaborating wasn’t a challenge. Our IRC server was in use back then but was mostly for color commentary on recent events or sharing other geeky tidbits (this was before Facebook and Twitter). As our group grew, however, we became more spread out and IRC started taking on a more tactical vibe. That trend continued as we spread out and more people were still working together on projects. Worst yet, it was becoming more commonplace that you didn’t even know who the right individual might be regarding a particular service or skill.

Today, our IRC server has over a dozen different channels with fun and more business-like exchanges happening every day in each. The real strength, however, is when something has gone sideways. If a system has gone down and our NOC pages one or more admins to work on something, our IRC server becomes exceedingly useful so that status and collaboration can be easily done. Transcripts are often utilized for updating tickets or producing root cause analysis (RCA) documents.

Did You Know? I have the fortune of working with ‘Dalvenjah’ of DALnet fame?

Having not used IRC before I joined the team, I have since grown to truly feel badly for any IT shop that doesn’t use it or something similar. I can only imagine how worse-off we would be if it wasn’t available.